My Positive Home Birth In London 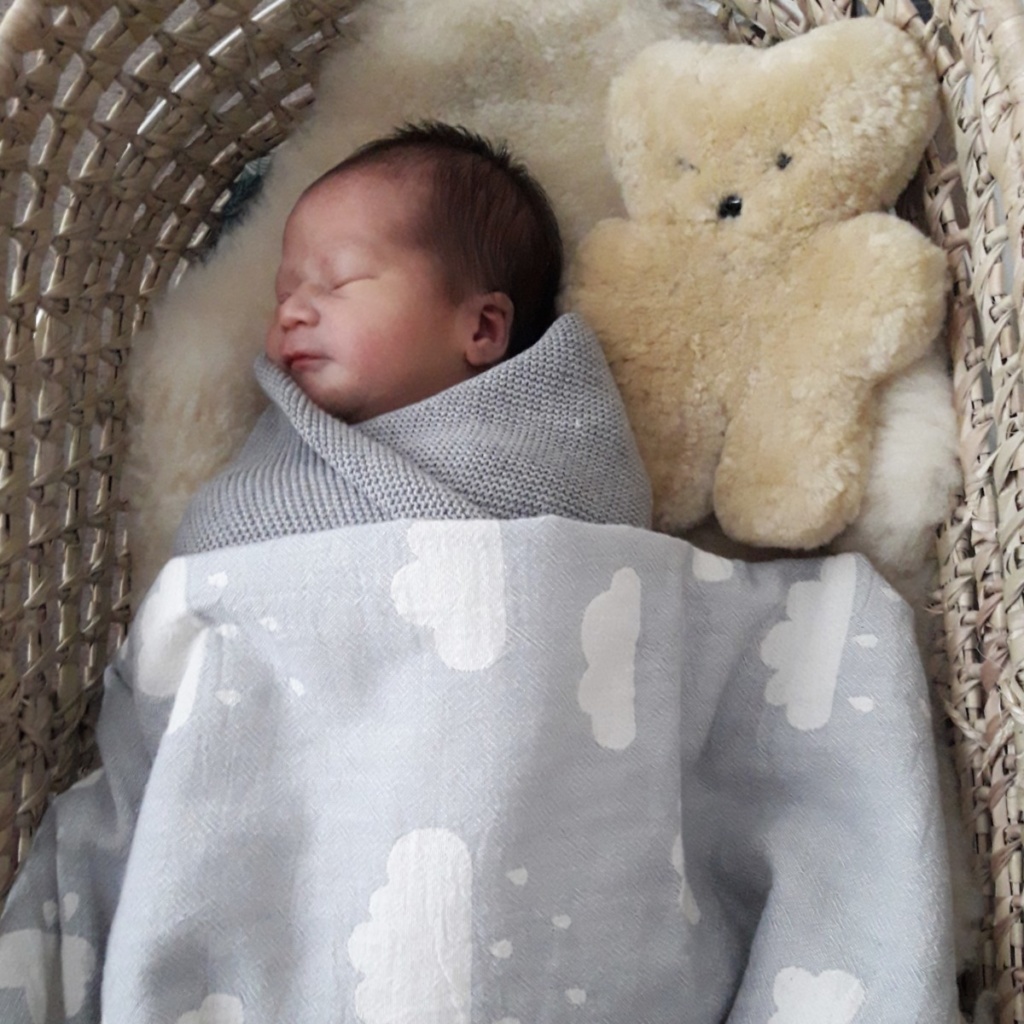 My first blog post in a while so I thought it only fitting to cover a few things I’ve been up to in the last three months:) Firstly, I gave birth! For the second time! My birth experience was totally different this time to the last – it was much more positive so I wanted to share it and hopefully inspire and give confidence to some of the pregnant ladies that might be reading this. Some women are naturals at giving birth whilst others, like me, can be completely overwhelmed and feel daunted at the entire prospect. Here is my story with a brief summary of my first birth.

My birthplan with my first basically had EPIDURAL in capital letters scribbled across it. I had no interest in a minimal drugs ‘natural birth’…why would I want to feel pain when there was pain relief available? My mum had had a bad experience and her story had scared me. I just wanted to get through it with as little pain as possible. It wasn’t a terrible birth by any means, I was induced at 41 weeks but didn’t give birth until four days later – a combination of ‘no room on the labour ward’ (it was a busy London hospital) and as a result my contractions stopping (I have since learned labour is so psychological). When I did finally get going I had two epidurals (the first didn’t work) and Rex was born ventouse. It really wasn’t horrifically bad but it just wasn’t good either. I was in hospital for a week in total and by the end I was desperate just to get home. The plus was that I didn’t feel anything, the minus was it took me a long time to fully recover (three months) because I had had so much medication it effected all the bodily functions (if you know what I mean!)

This time around I had a complete change of heart in how I wanted to do things. I don’t know how I made this massive turnaround because I am such a wuss but I just knew I didn’t want to have as bad a recovery as I had had previously and I guess second time around you feel a bit more confident because you know what to expect. I was definitely 50/50 at the beginning about having a home birth with no immediate access to an epidural but I read a lot about hypnobirthing and the psychology of giving birth, the process which your body goes through during labour and finally I decided to try and give it a go.

It was like studying a course in giving birth and every night Ross and I would listen to some hypnobirthing meditations that I had downloaded (links below). Ross was pretty good but to be honest I was probably the one that was more focused on it than him…I guess at the end of the day it was me who had to give birth so I really wanted to try and do the best preparation I could. The home birth I was hoping for was going to be in a pool, dimmed lights, soft music, candles etc etc. I didn’t want to be induced and if I could avoid an epidural I would (believe me that is a massive thing for me to say! But I knew the epidural had contributed to my long recovery first time around) I had watched lots of positive homebirth videos on YouTube plus I had watched the amazing documentary called Birth Story: Ina May Gaskin and The Farm Midwives– it’s very hippie and earthy and I loved it. It really made me believe in the ability of the female body and how it knows what to do when we are in labour. I also felt like I could get through the pain with these strong breathing techniques. I do a lot of yoga and so I know how powerful breathing can be. Ross was also an inspiration to me because many years ago he’d had a bad snowboarding accident and had to have an operation abroad without pain relief…he told me he breathed through the pain and so I thought if he can do it I must be able to.

My due date came and went as I had expected. Due dates are so annoying aren’t they? They really get us all in a tizz when actually they are just an approximate date of arrival. I am an older mum at 41 and so I also had the constant reminder that my age came with higher risks…thankfully I had some lovely kind midwives to reassure me I’d be ok but I do think it’s so natural to feel nervous as you get to the end of your pregnancy. You shouldn’t feel silly about it at all. Giving birth is a massive thing and I think you should always go with your gut instincts.

I was four days overdue when my midwife came to visit in the morning but with no movement I started to let doubt creep into my mind and was considering induction. My mum had been staying with us for a couple of weeks already waiting for the big day and I think I was just getting a bit fed up and impatient. I didn’t want a sweep but I let the midwife do one anyway. I then told my mum to go home back to Bournemouth and Ross (who was now off work) to take our son swimming. I went to have lunch at my neighbour’s house before coming back to ours for a little nap.

What was I saying about birth being psychological? Everyone was gone from the house and I was totally alone in peace. As I lay on the bed I started to feel small contractions…more like Braxton Hicks really. I text Ross just to let him know but “nothing to worry about” I said. Ten minutes later I was timing my contractions and they were lasting 1 minute every 2 minutes apart! That’s a full on contraction I thought to myself. I text Ross and said “come home quick!” In 20 minutes he was back and I was already grunting, whaling, mooing! He quickly sent our son to my neighbours by which time I had got into the bath to try and make things more comfortable…actually it didn’t and at that point we had the midwife on the phone telling me to get out as it wasn’t the best idea to have the baby in the bath as its head needed to be totally submerged during the whole labour and that could be tricky to do when you’re moving around so much from contractions. The midwife told Ross that if I feel the urge to push we needed to call the ambulance…in the meantime she and another midwife were on their way. Although I was very vocal and it didn’t feel much like I was in control, Ross said I was doing all my breathing exactly how we had practiced…I think I was doing it subconsciously.

As I got out of the bath Ross called the ambulance whose exact words were “I’m going to guide you through how to deliver this baby” It’s all a bit of a blur for me from then on but I just remember Ross helping me to our bedroom, I knelt in front of the bed with a cushion beneath me (how we’d been told by the midwives should we have to do it on our own) and the ambulance on the phone asking us if we could feel the head. At this point the pain had gone which was weird as this was the bit I had dreaded the most. I changed my breathing pattern to quick short sharp breaths and with one push her head was out and with another push she was delivered onto a pile of towels on our bedroom floor! (I’m sorry if this is all a little bit too much information but I’m sort of recording this for myself too:)) Ross and I were silent (in shock I think) and then came the little cry from our new baby girl.

The labour had lasted a total of two hours from the first contraction to birth. Both the midwives and ambulance had been stuck in Friday rush hour traffic which is why they hadn’t been able to make it in time but thankfully the first midwife arrived just a few minutes after she was born. Luckily there had been no complications and ‘Midwife Ross’ had done the job perfectly.

Although it wasn’t quite the home birth I had expected, I was so pleased with the way it had all happened. Honestly, the most challenging bit was probably the last twenty minutes of contractions and once I’d got through that, the actual giving birth was just pressure. Not pain. It was also so nice to have a shower in my own bathroom and to then go to sleep in my own bed with my new baby lying in the bassinet next to me. Of course I didn’t sleep a wink that night because of the adrenaline and excitement but it was so much more relaxing than being on a noisy ward.

Finally, I had no tears and only a small surface scratch. This was uncomfortable for about three weeks and then I was fine, unlike my three month recovery previously. I didn’t have any of the problems I had had with my first and generally just felt so much happier which was so nice for me to able to fully enjoy my baby…because I’m not sure that happened first time around.

I really hope if you are due to have a baby you’ll gain a bit of inspiration from this. From a mum who was terrified of labour and pain I don’t want this post to sound gloating at all…I just wanted to tell you that it is possible to have two very different births and I believe it is all down to mindset. I think as a second time mum I also had a bit more confidence so I can totally see how this might not be something for many first time mums. I also believe that you should just do exactly what you want to do and don’t let anyone persuade you otherwise…if you want an epidural and loads of pain relief in hospital then you must go for that because if it makes you happier that is the most important thing, as well as the safety of your baby obviously.

So that was my positive birth story. I hope it wasn’t too graphic and I hope you made it to the end! Thanks so much for reading and if you have any questions you’d like to ask me please feel free to contact me anytime:)

Can we say it’s officially Spring? Brighter days and the… 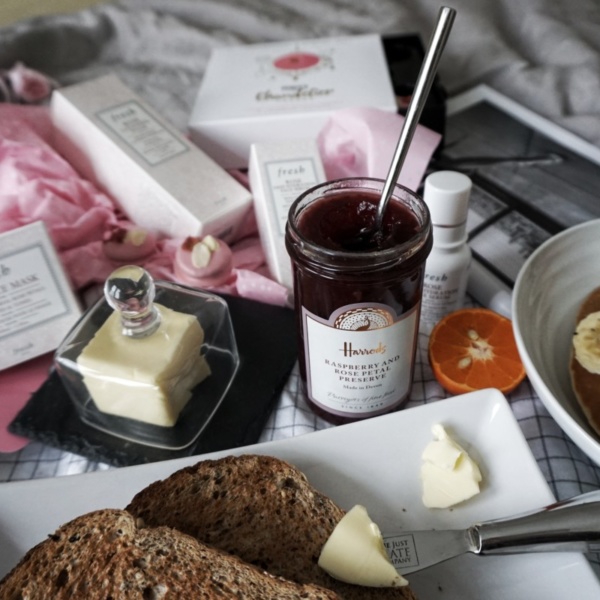 As mums we are so selfless. Even when it comes…

Continue reading...
2 Discussions on
“My Positive Home Birth In London”